Get fresh music recommendations delivered to your inbox every Friday. 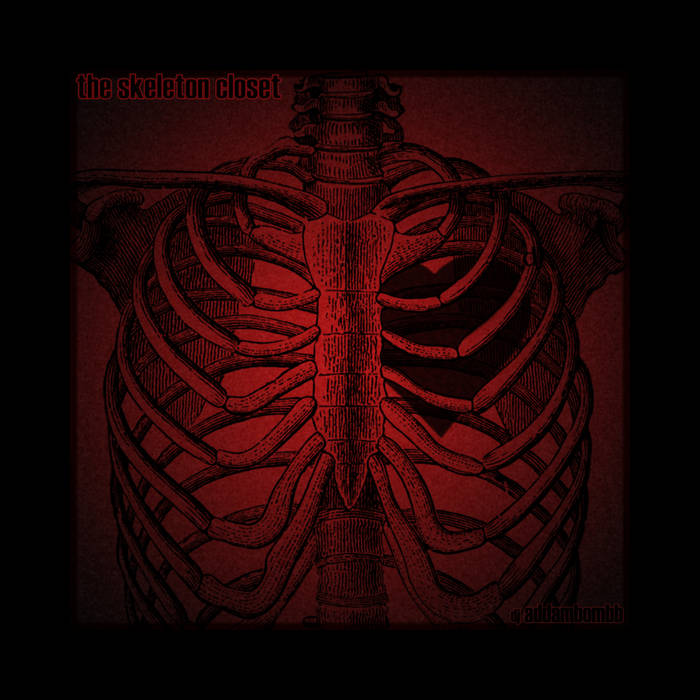 DJ Darke Spooky fun with Addambomb, the melody is catchy and the synthline has you bouncing in your seat. I give it 9/10 batwings ! Favorite track: The Fine Line (DJ Addambombb club remix).

surreallivesmatter An emotional rollercoaster grounded in real-life, and relatable, experiences create profound personal connection with the music, bringing back a sense of bittersweet, but ultimately enjoyable sense of nostalgia. The track Nothing Else ties the whole album together perfectly as an intermission, bringing actual tears to my eyes. Worth every penny. Favorite track: Nothing Else.

DJD42 Synthpop/Gothpop/Darkwave deliciousness.
DJ Addambombb pulls on all the emotions - from hope to angst - the medium of electronic music expresses all of this amazingly well. The flow of beats from track to track is brilliant and guides your attention through each story. I highly recommend The Skeleton Closet. One of my favorite album releases this year!

This short album has been a long process. These bits of broken poetry and melody have been evolving in my mind for many years, waiting for me to learn enough to weave them into songs and find the voice to sing them. These stories are glimpses into my own experiences, pieces of conversations and dreams. They are the skeletons in my closet, the dusty bones of hopes and regrets.

I've recruited the robots to help me translate my musical ideas, by which i mean i composed and produced the entire project in Reason (v8.0, on my old 2010 MacBook). I don't think my meager talents really do the songs themselves justice, but i've done what i can so far to bring them to life. I believe they could be performed in many different styles, better than i can perform them now, and i hope they get to live on their own.

All songs written, arranged, and performed by Addam Rae Wolff (as Dj Addambombb) copyright 2019 except
"Little Black Book" (1965) by Burt Bacharach & Hal David (under license from the Harry Fox agency)
Mixed and mastered by Addam Rae Wolff except
Angelspit remix of "The Fine Line" by Karl "Zoog Von Rock" Learmont

Bandcamp Daily  your guide to the world of Bandcamp